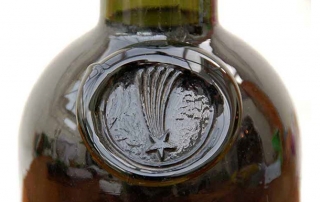 Château d’Yquem 1881 became the world’s most valuable bottle of white wine after it was sold for £75,000 in 2011. A new Guinness World Record was set after Antique Wine Company sold the bottle to wine connoisseur and private collector Christian Vanneque.

The comet of 1811 was discovered in March of that year, in the constellation Puppis. It is told that it is very bright in the evening sky in September and maintains its visual presence for the world for 260 days. We can also reach the information that its head and tail are wider than the diameter of the Sun and that it has a very long and bright tail, although it is not very close to the Earth.

On this subject, Terry Pinkard, in his biography of the famous German philosopher Georg Wilhelm Friedrich Hegel, mentions an example Hegel gave in his natural philosophy lectures. He tells that the legendary 1811 wine crop in Europe was called the “comet crop” because of the comet that appeared that year, and was sold at exorbitant prices until the end of the 19th century. “The reason why comet wine is so delicious is because water is drawn to the earth and a different situation is created on the planet,” Hegel said. By the way, Terry Pinkard states in different parts of the book that Hegel was a wine connoisseur, with many examples given that his taste for wine was very developed.

If we take into account the story of wine from vineyard to glass, let’s not forget that this mysterious drink is affected by climate and environmental conditions, and that a good wine is only made from good grapes, but also that it is the result of human effort and experience.