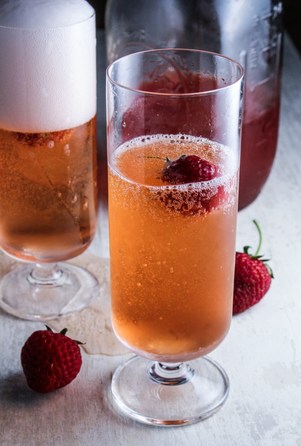 Since cork closure of wine bottles is both a more aesthetic and traditional method, it can be thought that corked wines are more quality and valuable wines, while screw caps are bad and poor quality wines. Even nowadays, there is an understanding that wines with screw caps should be avoided, that is, they should be scratched from the beginning. Those who have a little interest in the world of wine generally think that cork wines may age, but flip caps are more table wine and not suitable for aging. Actually, this approach is correct. The most important feature of the cork is that the wine gets air little by little while the wine is aged in the bottle (in the cellar environment) and the wine is oxidized and become complex. Since young wines should be consumed without waiting, I can say that it is a logical development to be offered for sale with a screwed metal cap, not with a cork, both in terms of cost and in order to prevent deterioration due to cork.

Australia and then New Zealand became the new world countries to launch these flip-open covers. As a result of 10 years of research and experiments conducted by the Australian Wine Research Institute, it is said that these twist-open caps can protect the wine and even the wines can age. It is necessary to use the term of aging carefully here. It is not claimed that twist-open caps will work for a wine that will already wait 50-60 years. The fact that these metal caps are impervious to gas and liquids may protect the wine, but the wine needs to be oxidized at the required dose to continue to ripen in the bottle. The major wine producers of the old world have now begun to experiment with these screw caps. Even the legendary producer of France, Domaine de la Romanée-Conti has also started to experiment with screw caps. These types of covers have been used in our country for a while. Cork is still used in most of the wines produced in the world, but I think twist-open caps, silicone corks, etc. will increase with each passing year.

First of all, cork is a costly and difficult material. Even Domaine de la Romanée-Conti stated that it was difficult to find quality mushrooms, and that it used to procure mushrooms from a single producer in Portugal, and now works with 6 different producers. In short, cork production is not enough for the increasing wine production in the world and wine producers have to focus on alternatives such as silicone plugs, screwed metal caps and glass plugs.

As a result, is it necessary to stay away from bottles that are closed with materials other than cork? Are these wines bad wines? We can’t say they’re bad just because they have screw caps. In the wine world, one must be open to innovations and experiments. There will be changes in production methods in line with the requirements of the age. Since wine has many parameters such as when, with what, in which glass and temperature, and even with whom, we can enjoy young wines, even if they have screw caps.

In 4 sessions under the titles of European wines, New World Wines, French wines and Bordeaux wines, both tastings were made and information was given about the regions and vineyards on the map.

The last lesson was a special session on Bordeaux wines. We have processed the Bordeaux region on the map, and the term apelation according to the region and sub-regions.

← Worldwide Wine Awards
Required Conditions For The Aging Of Wines →